We wanted to start our first day’s walking from the house so that’s what we did. By making our way down to the town via the paths along the meadow, and then taking on two loops in a figure of 8 route around Brantôme, near to where we were based. We’d had a short stroll around the town the day before finding our bearings and that was pleasant – it’s picturesque and old and cobbled and French. We were buoyed just to be there, after the long drive down from Nantes the day before and having met Aude and her nephew Bastien, and Marine, and especially Aude’s mother, all of 88 years old – that was a wonderful treat.

On the way in to town we met this little fellow, who said: “Oh dear! Oh dear! I shall be too late!” and then he rushed past us, up the hill. Interesting.

I’d woken up to a heavy mist over the glen opposite the house, casting the array of trees into shadow and gloom. Looking out from the French (haha) windows in my room, it all seemed delightfully atmospheric, but when I went outside and heard the rain beating on the glass roof of the overhand, I wasn’t so pleased. There would be no walking in that rain. We used the time to stock up on groceries in the Aldi down the road, only a ten minute walk from the gîte – a perfect location and one we would use all week. And then it cleared up and we decided to head out and we met our landlord on the road, M. Besson, who said something like: “Il fait beau après-midi” – a nice man, himself and Madame had been very pleasant the day before, showing us around. His maman (90 and still going strong) is living just above us, in the old family home – she waves at us while out dead-heading the garden, as we tramp by most days – les quatre frères Irlandaises. Typically French, he had said that the building behind us used to be a church, but burned down in the 13th century. Before that the monks kept the town church for themselves and forced the poor peasants to walk all the way up to Saint-Pardoux de Feix for Sunday mass to where the church had been – long memories, the French.

And he was right about the weather too – as we headed up the hill into the woods on the eastern side of town the sun came out and shone down on us. And it felt good again to be alive, to be on the road again with my three brothers, walking over walnuts and acorns and sweet chestnuts and figs, Autumn’s great gifts who were heading back into the ground again, as they were always meant to do. Across forests and paths, and roads and fields we walked, and through the town again and back out, along the river valley of La Dronne, chatting and walking, walking and chatting. Observing, inside and out, again. Together, again. 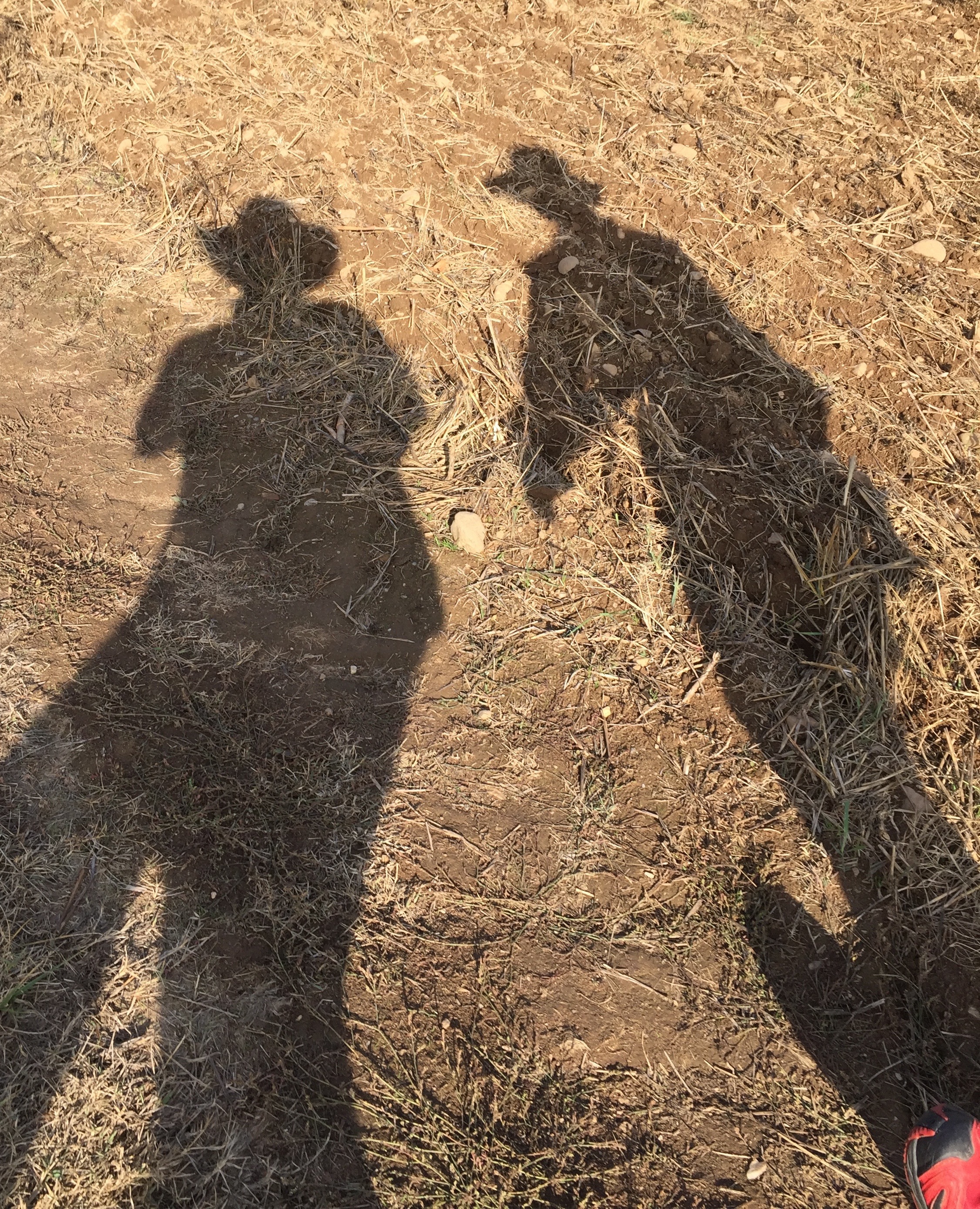 Heading for home, with shadows lengthening, I mentioned something about visiting the American South and John started up on Graceland and we all joined in, singing Graceland, by the incomparable Paul Simon, with its incomparable opening simile: The Mississippi Delta was shining/ Like a National guitar. On we walked, taking the signposted grassy path curving across a vast field ploughed on ones side and stubbled with old corn stalks on the other, over to the river and on to the climb back up to our house, singing I’m going to Graceland/ Graceland/ In Memphis Tennessee/ I’m going to Graceland…

There is a girl in New York City
Who calls herself the human trampoline
And sometimes when I’m falling, flying
Or tumbling in turmoil I say
Oh, so this is what she means
She means we’re bouncing into Graceland
And I see losing love
Is like a window in your heart
Everybody sees you’re blown apart
Everybody sees the wind blow

In Graceland, in Graceland
I’m going to Graceland
For reasons I cannot explain
There’s some part of me wants to see
Graceland
And I may be obliged to defend
Every love, every ending
Or maybe there’s no obligations now
Maybe I’ve a reason to believe
We all will be received
In Graceland