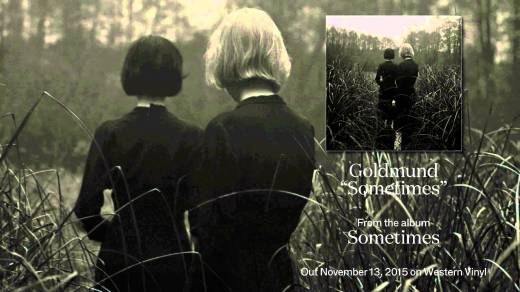 I think I listened to more music this year than any other year in my life – except maybe in my late teens and early twenties when punk shook the place up and found me and shook me up, and made music relevant for the first time. Now it matters again, but for different reasons.

Spotify is the bee’s knees and I use it mostly though Playlists. What I epecially love is the surprise element. In Discover Weekly, Spotify puts together a playlist of different artists based on what I’ve been listening to.

Also when I go to Discover it gives me a lot of suggestions from artists I’ve never heard of and never would have. So cool.

Ah, Tvärvägen – piano and cello. This River is So Red.

Because you listened to Juliana Barwick.

Ah Juliana. Played in St. Lukes during the Summer. A mysterious daughter of a preacher man. Rolling harmonies and chant.

Because you listened to The Dead Texan and Chihei Hatakeyama.

The Dead Texan I remember – more piano, outstanding. But I haven’t a remote clue who Chihei Hatakeyama is or what he sounds like. But because I listened to him, now I get to hear Sawako and Pan-American. See, see?

Now I do know these people and they are shit hot. They were both really high on my iTunes ‘Most Played’ when I used to listen to music on iTunes. Last Days are like soft recollections of summer day laughter with friends. Dhaffer Youssef is the mystery and majesty of the modern east.

Suggested based on Hammock and Eluvium

It goes on and on. Just the way I like it. Every day is an adventure into new realms of listening. New solar systems of sound.

Anyhoo, I don’t listen to albums as much anymore but two did stand out.

Album Number One: Sometimes by Goldmund. I was listening to NPR one day and they were doing a special about the Paris attacks and about the consolatory power of music. And if you have never felt that music consoles, you haven’t been listening. It does other things too, but it is consolatory. And it heals.

So they had a lot of music I knew, from Sigur Rós, Oumou Sangare, Nils Frahm, and Sufjan Stevens when they played a new song by Goldmund aka Keith Kenniff, out of Lancaster, Pennsylvania. From his new album Sometimes. And I didn’t even know he had a new album. It’s creaky old piano and synth and little percussions and it’s wonderful and moving and consoling, and gentle and meditative and contemplative and it’s up there with The Malady of Elegance, and that’s saying something. And, oh, the melodies, the melodies. Treat yourself to the title track here.

Album Number Two: The Narrow Valley by Bryan John Appleby . This one popped up on my Discovery Weekly and it immediately struck me as very reminiscent of Fleet Foxes, so I checked it out and was hooked. And I’ve been playing it ever since and it never gets tired. While it does have the harmony and complexity and richness of some of Robin Pecknold’s great works, it has its own intricate gentle percussions and strings and horns that make it singular and full of sweet layers of discovery. Here’s The Fault Line, the opening track. Do it. Do it now. Plus he has the beard (mind you that’s no feat these days). 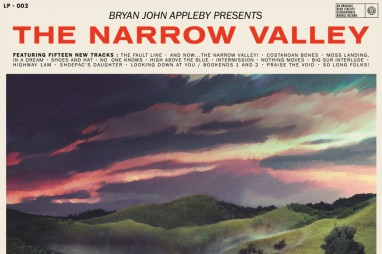 Film Score of the year: Sicario by Jóhann Jóhannsson (whom I heard with by brother John when he performed at the Opera House some years ago). This is a powerhouse of a score, his best by far. Thumping, riveting, stomping, alarming, menacing and as many other –ings as you’re having yourself. It made the film too. Made it. Here’s a taste. Those big deep strings make you pay attention. But it has some subtle moments too – not that the film allows for many.

Honourable mention: It Follows by Richard Vreeland aka Disasterpeace. Now I haven’t seen this film and I’ve no intention of seeing it, I’m a delicate petal and I’d expire from fright I’m sure. The film score alone terrified me so much I don’t need to see it. Jesus Mary and Joseph, my heart. Music can console but it can also scare the crap out of you. Don’t doubt it . Listen to this on a dark and stormy night on your own in a remote house.

Other Honourable Mentions: Inside Out (Michael Giacchino) and The Force Awakens (John Williams) and The Hateful Eight (Ennio Morricone).